WWF-Australia today released a scorecard rating the Reef policies of the main parties eight days out from the Queensland election.

A final scorecard, to take account of any new announcements, will be released next Thursday before the January 31 poll.

“The Reef is a mainstream issue in this election. Queenslanders expect all political parties to have bold and sufficiently funded policies to turn around the decline of our greatest natural icon,” Mr O’Gorman said.

“The Reef generates $6 billion a year and supports 60,000 jobs. It’s crucial to Queensland’s future. Restoring the Reef’s health is not only critical from a conservation perspective, it is vital for protecting the thousands of Queensland jobs that depend on it.’

“WWF is a science-based, non-partisan conservation organisation that has developed six detailed solutions to protect the Reef for future generations,” he said.

The Reef policies of the parties have been rated against WWF’s solutions, which are:

– Ban dumping and minimise dredging in the World Heritage Area
– Stop farm pollution harming the Reef
– Protect precious wetlands and pristine areas of the Reef coast forever
– Protect our rivers, bushland and community rights through strong and fair laws
– Bring back our fish, turtles, dugong and precious wildlife
– Turn down the heat on the Reef – Make Queensland a renewable energy state 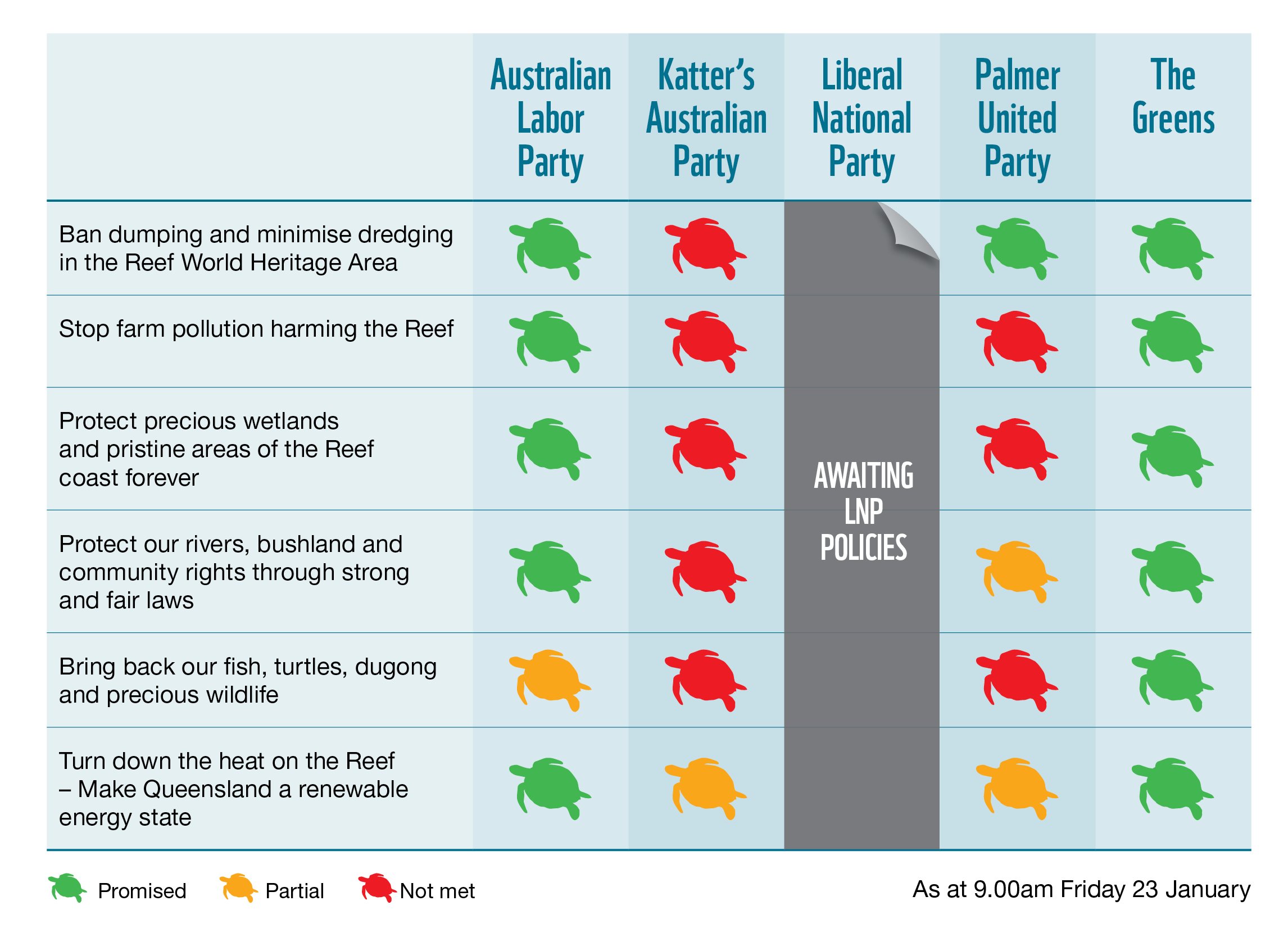 WWF-Australia regularly engages with political parties in relation to their Reef policies. WWF consistently produces a scorecard rating policies a week before an election which is published online and via a newspaper advertisement. That gives voters time to consider the content. Parties are given a deadline so that the scorecard can be finalised.

WWF did not receive replies from all major parties, but felt it would be unfair on the parties that made the deadline to delay releasing the scorecard. It will be published as a full page in a newspaper on January 24.

However, in order to make sure late policy announcements are considered, a final scorecard will be published online and as a full page newspaper advertisement on January 29.