Cricket legends Shane Warne and Ricky Ponting will come out of retirement for a star-studded charity game early next month that will raise money for victims of Australia’s devastating bushfires.

Cricket Australia today announced a range of initiatives to help those impacted by the fires, with the headline act to be the Bushfire Cricket Bash on February 8, where Warne and Ponting will captain the two sides.

The Bushfire Cricket Bash will form part of a blockbuster Saturday triple-header of cricket on February 8 alongside a women’s T20 international between Australia and India at Junction Oval in Melbourne and the men’s KFC BBL Final.

There will be fundraising initiatives across all three matches and all money raised will be donated to the Australian Red Cross Disaster Relief and Recovery Fund.

The Bushfire Cricket Bash will be played in the afternoon and act as a curtain raiser for the BBL Final. Consequently, the venue won’t be determined until January 31 when the host of the BBL final is decided.

All three games will be broadcast around Australia on both the Seven Network and Fox Cricket.

The 10 former players already confirmed to take part in the Bushfire Cricket Bash – Ponting, Warne, Gilchrist, Lee, Watson, Langer, Clarke, Blackwell, Waugh and Jones – played more than more than 3000 international matches between them and more greats of the game are expected to be confirmed in the coming weeks.

Warne has already made a significant contribution to help bushfire victims with his treasured Baggy Green cap fetching more than $1 million in an auction last week, with all money going to the Red Cross fund.

Australia’s international and BBL cricketers have also donated tens of thousands of dollars through a range of initiatives this summer, while Test skipper Tim Paine and spinner Nathan Lyon visited firefighters in the NSW Southern Highlands last week.

CA has also today injected $2 million into a fund to assist community cricket clubs impacted by the fires, and confirmed the Gillette ODI Series between Australia and New Zealand in March will be dedicated to volunteers and emergency services workers.

Under the new-look BBL finals system introduced for this season, the top two ranked teams will play off in The Qualifier on January 31, with the home ground of the team that wins that match to host the final – and the Bushfire Relief game – eight days later.

There were also charity matches played in Australia following the 1983 Ash Wednesday bushfires and the 1967 fires that devastated Tasmania.

CA today also announced funding for each of its staff to take three paid days of leave to volunteer and help those in affected communities, which represents more than 4000 days of assistance.

“While the financial support of rebuilding is without doubt one of the best ways to contribute, we know the recovery efforts will take months beyond the fires being managed and we want to do what we can to support these communities,” Roberts said. 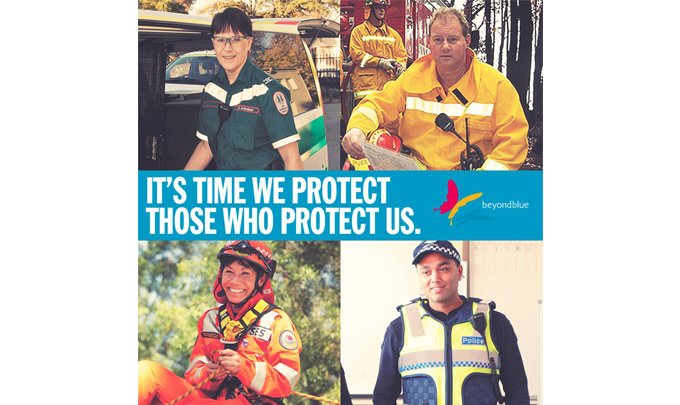 ​Together, we can change the trajectory of mental ill-health and suicide