UP to 12 Australian veterans and farmers are aiming to walk in the footsteps of Australian heroes to raise funds and awareness of post-traumatic stress syndrome and depression.

Matt Aldridge, a farmer from Seymour, is also the founder of The Coo-Wee Ride, a charity who has raised thousands of dollars for veterans and struggling farmers by riding his bicycle for hundreds of kilometres across Australia.

This year, he raised $10,000 for the Hume Veterans Information Centre in Wodonga and $10,00 the Sisters of the North, a not-for-profit group assisting farmers in northwest Queensland who were hit hard by drought and floods in January.

Matt is looking forward to leaving his bike in his garage and going on an arduous – but inspiring – walk through the Papua New Guinean jungle with veterans and farmers to talk about their mental health issues.

“Whilst we have had a lot of success in getting the word out about PTSD and depression through our bike rides, this trek will just be an unbelievable opportunity,” Matt said.

“It will be very powerful to follow in the footsteps of our Australian soldiers. It will be a poignant place to hopefully allow these guys to open up and talk about their ongoing battle with mental health,” Matt added.

Matt, from Seymour, is hoping to raise $70,000 for next year’s trek with funds going towards the cost of the trip and to raise more awareness of the impact that PTSD and depression is having on our farmers and veterans across the country.

He hopes to be able to take 12 veterans and farmers on a 10 day trek in April with the last day coinciding on Anzac Day.

Jamie Wolf, a veteran who served in the Australian Army for five years from Wodonga, is looking forward to next year’s trek and hopes enough funds can be raised before then so his fellow soldiers and farmers can experience the journey.

Diagnosed with PTSD since leaving the ADF, where he served in Timore-Leste, Jamie wants to use this trip to highlight the seriousness of the disease and other mental health conditions.

According to the Australian Institute of Health & Welfare, there were 373 suicides committed in serving, ex-serving and reserve Australian Defence Force (ADF) personnel from 2001 to 2016.

Studies by the Australian Institute for Suicide Research, found that agricultural workers – a group which includes farmers, farm managers, farm hands, and shearers – were more than twice as likely to die by suicide than members of the general employed population.

Jamie was shocked by those figures. “Not many of my colleagues actually know I have PTSD so I really hope this trip gets them to talk more openly about how they’re feeling too,” Jamie said.

“When I was serving, we were told to really just ‘suck it up’ and get on with it,” he added. “Our farmers are also struggling now. To hear some of their stories – like some farmers not being able to afford to euthanise their cattle because of the extreme drought – it’s heartbreaking. It can definitely help to talk about things rather than to bottle it up,” he continued.

“Danny Frawley described it perfectly: ‘Manning up in the past was to suffer in silence. Manning up now is to put your hand up’,” Jamie added. 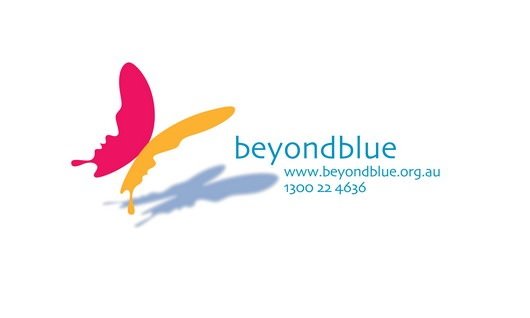 New resources available to support the mental health of workers